Every woodworker needs a band saw; it’s an essential tool that every handyman should include in their toolbox. But you just can’t jump into any band saw you come across, you have to decide well and choose the right device that will fit your working needs. You should know the best brands to work with and compare prices if necessary.

In this review we shall take a look at the WEN 3962 Band Saw review to see some of its features and whether it’s worth buying or not.

WEN is a new manufacturer when it comes to power tools and they’re becoming popular every day. They have the philosophy of building strong power tools and then selling them at a cheaper price than the normal market price, that’s what consumers are looking for in any power tool.

They want a powerful tool with great features and at the same time very affordable, and that’s exactly what the WEN Company specializes in. They’ll look at power tools from other brands; they make better ones and then sell them at a cheaper rate. 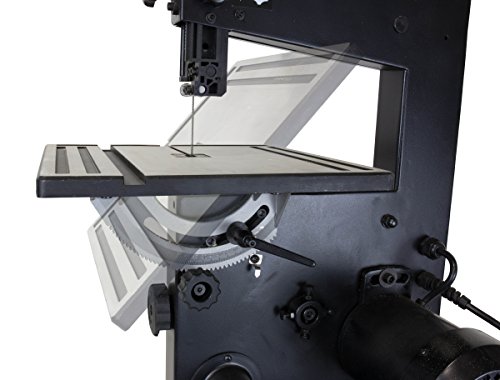 Despite been a new company, they’ve grown rapidly fast within a short time. They’re one of the leading manufacturers that build the best power tools for everyone.

Any professional woodworker will prefer a less powerful tool but a more precise tool than a tool with more power but drift most of the time. You want a band saw that produces a clean finish to whichever material it is being used on.

The WEN Company has done its best when building the WEN 3962 Band Saw; it’s an exceptional band saw with awesome features that will attract anyone that’s looking for an effective band saw. The tool isn’t much powerful but when it comes to precision, it’s not easy to find another tool within its category that does the same.

The WEN 3962 Band Saw is powered by a 3.5-amps motor and the blades make a stroke of up to 2600 strokes per minute, which is quite enough to allow you to cut any material smoothly. The saw is less powerful but is unbeatable when it comes to accuracy.

As we all know there are a lot of benefits for using a power tool that comes with its own stand, it plays a role in the workshop by allowing you to work faster and easier without the need to move your working materials first.

The WEN 3962 Band Saw comes with 4 stands/legs and the band saw can be mounted on the stand, there is also a 14-1/8 x 12-1/2 – inch table that’s capable of making bevels at 45-degrees, you can also make more accurate angles using this amazing tool. The WEN 3962 Band Saw comes with a sleek design, it’s black in color and when you look at the entire tool you know that you have bought yourself a tough and quality tool.

The tool can take 72-inch blades which are power by the 3.5-amp motor. Even though the tool isn’t really powerful, but the power that comes with the WEN model is good enough to deal with tough wooden materials. The tool can cut depth of up to 6” and 9-3/4” wide. It has two-speed controls; 1520 and 2620 strokes per minute.

The WEN 3962 Band Saw model comes with a 2-year warranty and the customer care service is exceptional, you will get any technical support you might when using the device. The two-blade speeds controls allow you to work on different materials, not all material require the same speed, some cutting requires slow speeds while others need the blades to move faster.

This means you can adjust the blades to suit the type of cuttings you want to make. The WEN 3962 Band Saw is capable of dealing with boards that up to 6” thick. This is something that most other 10” band saw can’t deal with. This band saw can cut different materials but you can’t use the device to cut ferrous metals, they have already given a warning in the user manual.

Just like any other tool, the WEN 3962 Band Saw has some flaws in it; the lighting location isn’t good but can be moved a little bit if you want. The plastic knob doesn’t have markings; you have to be careful when using it. Other than that I’ll say this band saw is worth the price when it comes to durability and functionality.

The tool also only comes with two-speed options, unlike other brands where you could have more than five options. Most devices come with flexible and adjustable speed controls, but the WEN 3962 Band Saw comes with only two, this is certainly a drawback to the tool.

This saw is designed for medium use, if you, however, work on bigger projects and can afford more expensive tools with advanced features you should consider doing that. But the WEN 3962 Band Saw is still useful; you can execute a lot of tasks in the workshop instead of picking those bulky tools. 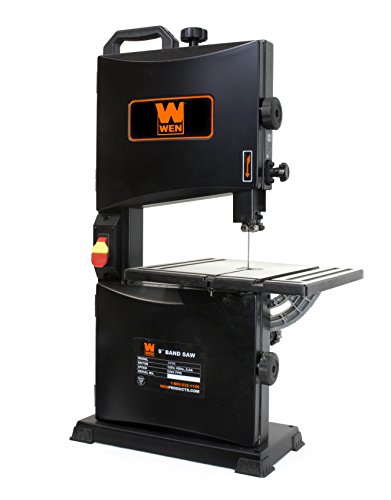 The design of this awesome tool is very friendly when it comes to handling the device, the materials attached to the device are sturdy and reliable. Most of the components are made from aluminum and steel, other metals are also included. Since the device is made with strong metals you should expect durability and high performance without breakdown. The WEN 3962 Band Saw also offers more stability because of the stand it comes with, you’ll get a smooth finish without any wobbling.

The large table that comes with your package will be helpful when dealing with bigger wood pieces. It allows you to cut large wooden materials within a short time. The motor operates at only 2-speed controls, using the right blades you can cut some hard metals, but it’s not recommended in the user manual, you have to be careful as not to destroy the device.

The tool also comes with LED light which might be helpful when making precision cuts. A lot of people have complained that this feature isn’t really effective. But it can still be useful when working in dim environments because it can illuminate your working area.

There is a dust port that can collect the particles generated when using the device. This feature too isn’t liked much by some users. But if you want to make this feature effective you should attach a vacuum to it and you’ll definitely see some results.

The WEN 3962 Band Saw won’t give a kickback when using the device. This saw offers more stability to users allowing you to fully control the device, you can make accurate cuts without scattering the material you are working on, and you’ll be able to finish your tasks safely without any damage.

You definitely want a great tool that doesn’t cost much. This WEN 3962 Band Saw has good money and value ration. The price is good, though some people see it as expensive, it is worth it in the end, it’s a great tool to start with if you want to make the in-depth cutting.

The stand of this tool is a good one, weighing about 73 pounds, this gives a solid and a firm foundation for your work so that you can experience more stability and have better control on the working material. Your safety is assured because it’s difficult for the blades to slip.

The WEN 3962 Band Saw can cut large and thick materials with ease, within its category it offers one of the best cutting range. The two-speed options available are powerful enough to deal with hardwood materials and other pieces.

The WEN 3962 Band Saw can be used by different professionals in various applications such as; timber cutting, steel mills, and general construction. It can also be used in roofing, conduit and pallet racking. Since it’s a heavy tool it offers more stability when working with the device. 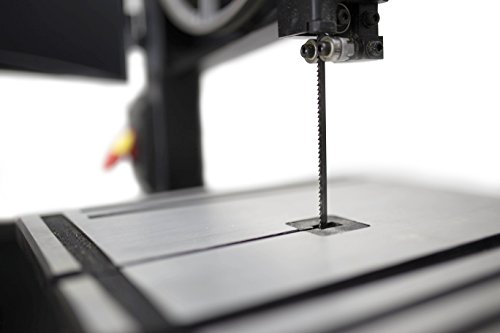 If we keep aside some of its minor drawbacks, we can see that this WEN 3962 Band Saw model can be useful in the workshop. It has received a lot of positive reviews due to its versatility and all-around concept of design. Some users suggest that this tool is good for wood projects only. The WEN 3962 Band Saw is a great tool and will be enjoyed by woodworkers or carpenters.

The Best Magnetic Screwdriver Sets In 2022